Another incredible HURT 100 is over. We have a new course record set by the previous course record holder, Gary Robbins. Gary's time of 19:35 is incredible. When I got involved with HURT 10 years ago no one had ever run under 24 hours on the course. Competition brings out the best in us and Jason Loutitt, winner of the last two HURT 100's bested his own previous winning time by about 50 minutes finishing 2nd. Third place went to two-time HURT runner Nickademus Hollon. Watch out ultra world as Nick is just 22 years old and he improved his HURT time by about 3 hours. 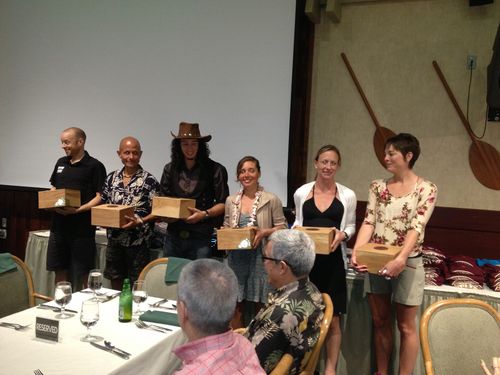 Hannah Roberts was the women's winner and set a course PR for herself by 3 hours of 25:41. Hannah is a two-time winner taking the win in 2011 as well. Hannah had a pretty incredible 2012 winning the Zion 100 miler, running Badwater in 34:26 and tying for the win at Cascade Crest. She currently does all of this as a Navy Officer.

Second and third place women were first timers to HURT. Second place Melanie Bos ran a 26:50 after taking a wrong turn at one point on the course. Melanie is from Kelowna, BC., a town near and dear to Barbi and me as Barbi's parents lived in Vernon. Third place woman was Candice Burt running 28:35. Candice rolled her ankle early in the race yet was able to perservere and get it done.

The HURT 100 is not just about the winners and top three finishers. Some people think the best part of HURT is watching the finishers who come in between 4:00 p.m. and 6:00 p.m. on Sunday. That is the last two-hours and often times the most emotional. This year was no different. We had first time finishers and several who had attempted HURT multiple times get their first finish. Congratulations to all the runners!

We also want to thank the HURT 100 Supporters. Gu Energy Labs support HURT by supplying Gu for runners throughout the race. Hoka One One donated some prizes for the post race dinner and was out supporting during the race. Runners HI and owner Ray Woo support the HURT 100 and HURT throughout the year. Check out his store in Aiea. Succeed supports HURT with S-Caps and sports drink. Other supporters include Great Harvest Bread Company-Kailua, ZombieRunner, Menehune Water Company, Honolulu Disposal Service, Ultimate Direction and Waikiki Hot Yoga. We appreciate all your support.

The HURT 100 has certainly become popular as a race to follow. We had 165,000 hits to our live feed. Thank you to Ultralive.net and Ultrasignup for making administration of the race seamless.

I am probably missing something or someone here. Jeff, John, and PJ put in an incredible amount of work all year long to make the race happen. Stan Jensen also contributes a lot of time and effort to making HURT a success. Thank you for all you do. 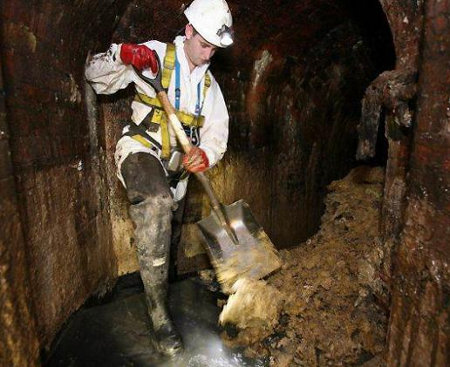 Runners, If you are not attending the selection show in Hawaii you can view the lottery as it is in progress here Lottery start time… 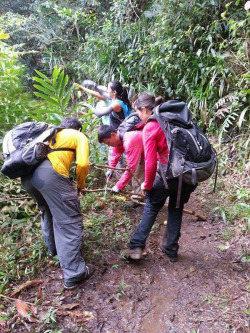 HURT 100 lottery selection starts on Saturday, August 18, 2018, at 2:00 pm HST. Names of selectees will be posted on UltraSignup using the link… 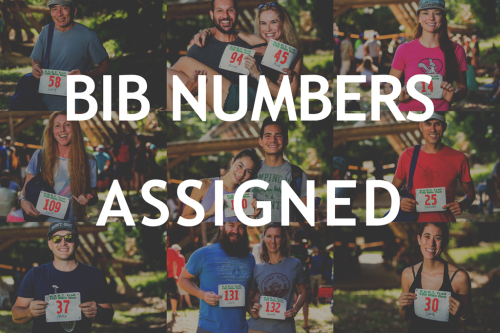 Happy New Year! Bib numbers have been assigned. Click here for the UltraSignup listing. More information will be emailed directly to the runners in a… 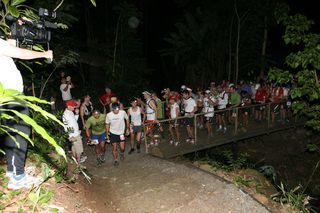 Here’s some more great photos from the Mudd Butt Cafe aka Nuuanu Aid Station. Click here to view the album. Remember to click on the…

This was submitted by Rayna after her recent visit to Hawaii which included one H.U.R.T. loop. Rayna is running her first 100 mile race this…